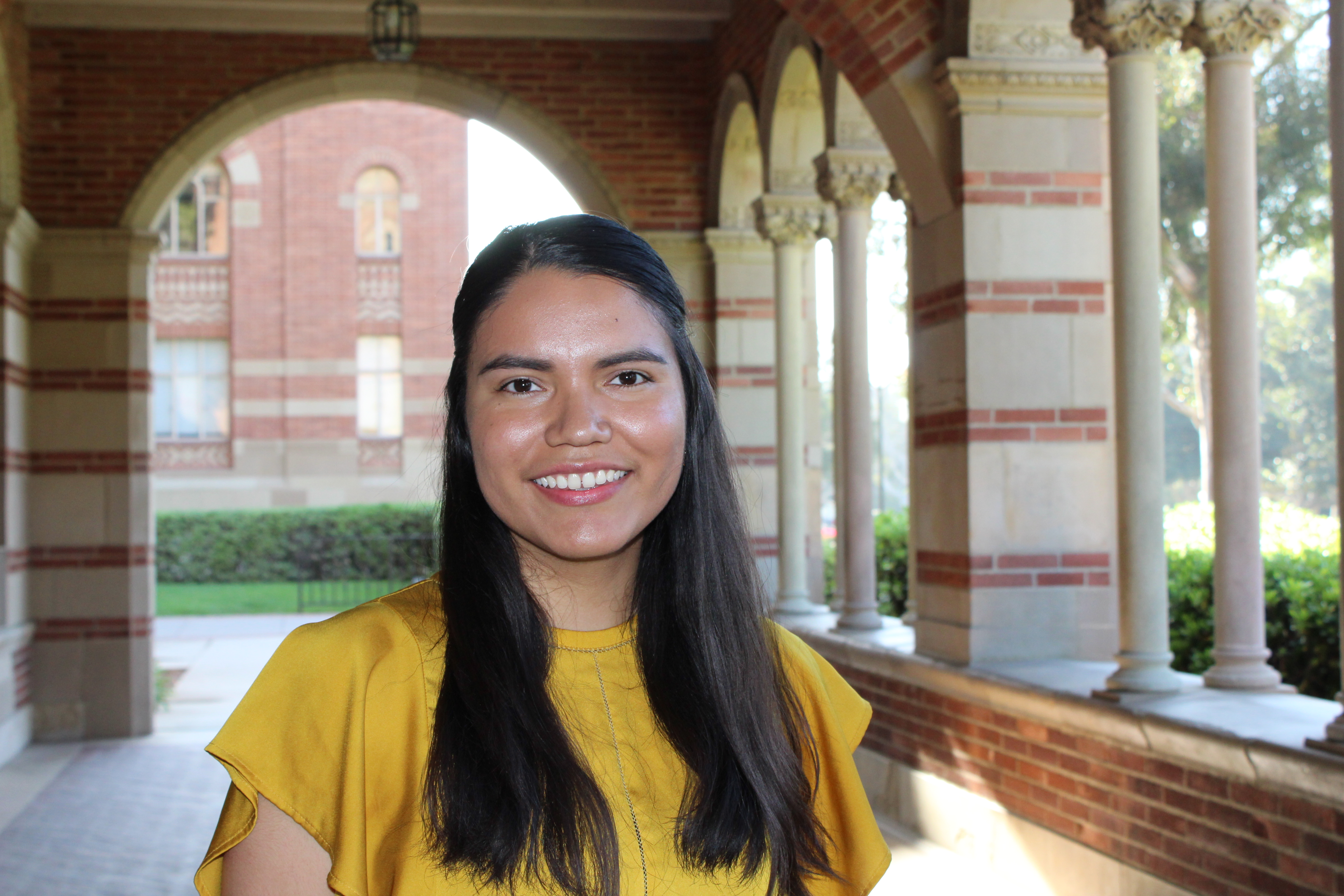 Fourth-year art history major and digital humanities minor Rocio Sanchez-Nolasco is about to have her original research published by a southern California art gallery, all because of a photo her proud professor shared on Facebook.

Sanchez-Nolasco will write a total of six essays about photographs taken by artist Patssi Valdez that will be published on the internet-based Sanguine Gallery’s website every other month beginning in September. In her writing, she intends to discuss the historical, social and cultural contexts of Valdez’s work and analyze the photographs’ portrayal of Chicana femininity.

Charlene Villaseñor Black, professor of Chicana/Chicano studies and art history, is Sanchez-Nolasco’s honors thesis advisor. For the past year, the two have met weekly to discuss Sanchez-Nolasco’s interests and hone in on a research topic for her thesis.

After becoming interested in Asco, an East Los Angeles Chicano artist collective during the 1970s and ‘80s, and doing research at the UCLA Chicano Studies Research Center, Sanchez-Nolasco stumbled upon photographs by Valdez, a founding member of Asco who is more well-known for her brightly-colored, avant-garde expressionist paintings. She decided to make Valdez’s photography the subject of her thesis.

“I was blown away that she identified this as a topic that needed to be researched,” Black said. “No one has written about [Valdez’s photographs]. It’s a completely new topic.” 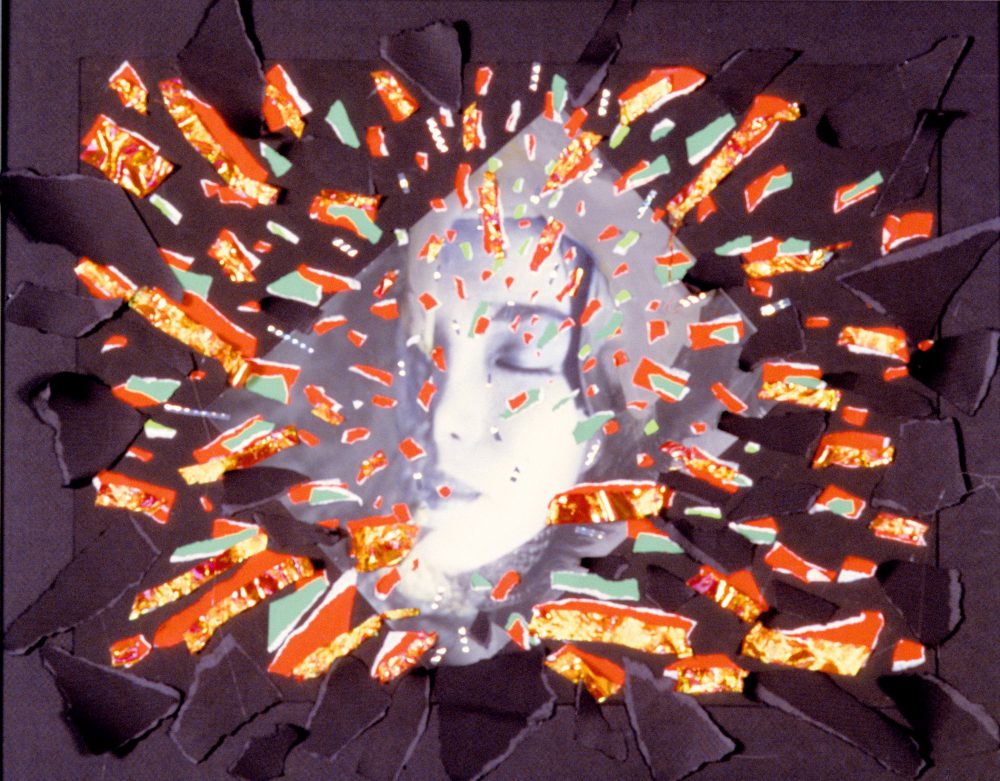 Sanchez-Nolasco admired the photographs’ distinctive style and was surprised no one had examined them on their own, not just within the context of Valdez’s other work.

“I thought all these images were so beautiful and so amazing that I couldn’t think of a reason why no one has written about them collectively,” Sanchez-Nolasco said.

Sanchez-Nolasco presented a poster about her preliminary research findings at Undergraduate Research Week this May. Black was so proud of her and all her undergraduate advisees that she posted pictures of them on Facebook, including captions about their accomplishments and projects.

To her surprise, later that day, her picture of Sanchez-Nolasco standing in front of her poster at Undergraduate Research Week received a comment from Thomas Canavan, arts administrator of the Sanguine Gallery and creative arts and special projects manager of the Millard Sheets Arts Center in Pomona, Calif. Black met Canavan recently after she participated in a talk at Millard Sheets.

“Is it possible to get a copy? We’d love to publish it!” Canavan wrote, referring to Sanchez-Nolasco’s poster about Valdez.

As it turned out, the Sanguine Gallery was about to launch a Valdez exhibition, and the gallery frequently publishes writing and other creative works on its website to accompany its physical exhibits. Sanchez-Nolasco’s research would be the perfect accompaniment to the Valdez exhibit.

Canavan said the Sanguine Gallery wants to provide a space for artists, creators and scholars of all ages and experience levels to contribute their voices and unique insights – even an undergraduate like Sanchez-Nolasco. It benefits everyone, Canavan said, since young scholars in particular may be more connected to certain cultural and artistic spaces that older people may not.

“We exclude younger voices and because of that, they don’t have the opportunity to express what they think,” Canavan said. “If we’re not listening to them, we’re missing out on an opportunity to learn more about what’s around us.”

Sanchez-Nolasco credits Black for supporting her research and for making her partnership with the Sanguine Gallery possible.

“I just thought my project would be a thesis and that would be the end of it, but it’s really a privilege and an opportunity to be able to share my research in this way,” she said. “It’s inspiring to see that this is an opportunity I can now pursue as an undergraduate student.” 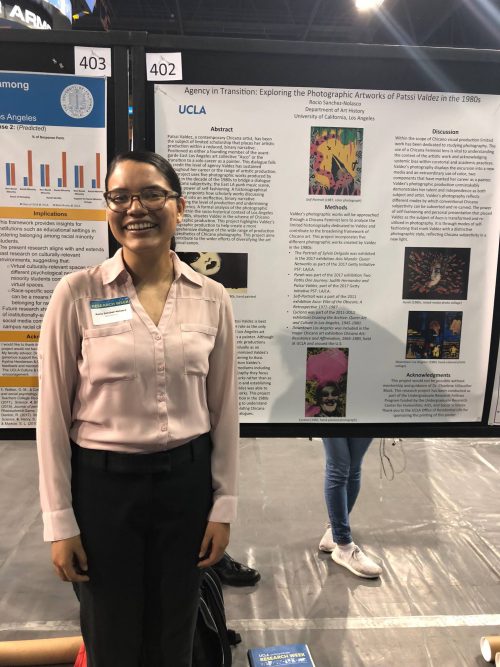 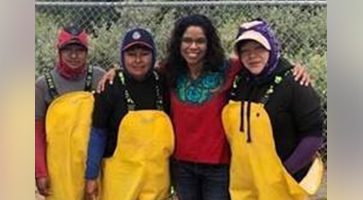 Why Do Students Participate in Undergraduate Research Week? 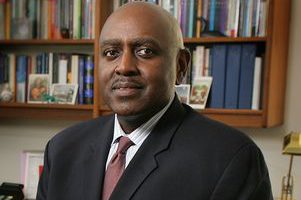